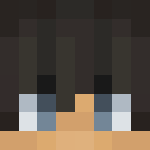 My team, which is consisted of TriantafyllosK, Combusken and me (HarDZ1), are buiding a massive dojo where hopefully a tournament can be hosted. I was hoping that an admin could approve this as a world event and spawn protect it. Our team is giving their best at buidling the dojo and we hope everyone can participate in the tournament. Im going to explain how the tournament would work, Players would use custom armour made by my team which would consist of: Iron chestplate, leather helmet, leather leggings and leather boots and the weapon used for combat would be a wooden sword with unbreaking III. The Players would be splashed with resistance potion to avoid taking to much damage. When a player is below 4 hearts they can choose to either drop their sword or say "I lose" to admit deafeat! If a player is seen running away from the oponent this would be classified if the one running is at extremely low health and even thought he has backed down the enemy keeps trying to kill him, so to avoid player killing if a player were to be noticed running away from the battle the arean would be splashed with instant healing potions to quickly heal both back up. During the tournament there will be HDK members with full diamond set to avoid any player from attempting player killing.This was be my request to the admins. To hopefully make our tournament a world event and to spawn protect it so it wont be destroyed while the event is occuring. Thank you for reading this and I know what the English might be a bit odd but thats because English isnt my first language. Sincerely, HarDZ1