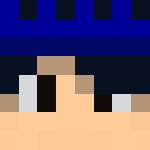 A long long time ago, somewhere in the year 2012 or 2013, me and some friends watched a video on youtube. This video was about a hardcore multiplayer server, and if you died you would be banned for a whole month! We told somemore friend and decided to give it a try. So we launched are game and connected with this server which was called HCSMP. So we gather at one of the border of spawn and killed some animals, for food and some items. we chopped some wood and made tools. after a while we had everything we needed to survive this harsh world. We ran out of the spawn into the unforgiving world of HCSMP. We had to addept our play style to survive here. The first problem we faced where the undead creatures at night. So we decided to dig in and hide in our underground shelter until the sun would rise above the ground, burning all the undead so we could proceed our journey. We removed the dirt infront of our shelter and went out into a forrest. Where a green creatue was waiting behind a tree for a player to appear. We heared a loud explossion and we saw body parts flying around. We lost one of our friends in this harsh world. We made a grave for him and continued our journey. After a couple of hours we found a big farm. whe stole the crops that were growing on the fields and burned the place to the ground. We also found this weird plant here which was used to make potions. After another hour we found a good place to make our base. So i decided to dig into the ground, which was one of the worst ideas in the world. Because there were huge holes underneath the surfaces. We didn't knew this until i removed a block underneath me and fell into a bottomless hole. This was my first death in this harsh but wonderfull world.

I wouldn't give up after my first death, so i joined the next month to give it another try with a couple of my friends. We Went out again and made a base, it was going much better than last time. Until one of my friends destroyed a block above me revealing one of the green creatures that blew up my friend a month ago. it fell down ontop of my head blowing me into a pool of hot lava. I couldn't survive this liquid and i died. This time gave the Graveyard a shot. so i found V1c10us_gamer his place and made a little town on the other side of the lake were he had made his house. Sadly my town got destoryed because someone didn't like V1c :(

http://imgur.com/a/jTgon "this are some pictures of my Graveyard town, before it got destoryed"

The time we started there was a guy called Pontus, he and his friends were playing on the server and recorded the things they did. One of his friends was klaazjan. He almost has the same name as i have. And a lot of people were confused and thought i was him or that i was trying to act like him. It was kinda funny, but after a while it was getting anoying. But there was no way for me to get rid of this problem. so i had to live with it.

The next map me and my friends had a good running base, and we made some new friends on the server. One of them was Stire536, We formed an alliance with his group and mine, and we decided to hunt people down this map. so thats what we did. we went to spawn and killed a couple of new players, a lot of people didn't like the fact that we were doing this so they added bounty's to get us killed. We kept killing people and we also started raiding bases. we found a couple of nice build which we destroyed. this made the situations even worse. and in the end we each had a bounty of alteast 200 diamonds. One of the funnies moments of that map was that i lured a new player outside of spawn. Were i acted as a friend. i said that we were going to my base, to give him some gear. But instead of going to my place i made a random hole in the ground and told him to follow me. Thats what he did. But when i was about 10 blocks deep i threw a enderpearl up. I threw a bucked of water down into the hole and closed it off with some blocks of obsidian. So he couldn't get out. The player inside the hole drowned.

A couple of months later i met this guy called RastaSh33p. He was one of the guy thats played with Pontus. I asked him if he wanted to team up because he friends didn't play that much back then. He decided that it might be a good idea to team up and so he did. This was the beginning of a new time for me. We didn't kill everybody on sight and we started a little community. we made friends and we made a town. This is were we met a lot of players that would be our friends for the next years. RastaSh33p we met player like varelucky, fairlane57 and jimbouki in one of our first towns. We still raided and killed people if needed or if we wanted to do so. but not as often as I used to do. but one time we found Kamedogs place, we knew he was online but we couldn't find him. So we decided to stay at his place and wait until he would come back. And then we saw him running in the distance. Stiro ran after him and started the attack. Rasta and I joinend the fight after a couple of minutes. We killed Kamedog and we found his "Farming Base" nothing important was stored here, but we still destroyed and raided the place. After a while i found his "real base" by accident. We went in because we found it. But we didn't take or steal anythinig because we felt bad for killing him and raiding his "Farm Base" so we left. But someone else found his base and raided it. Kamedog found out about this the month after and never returned to hcsmp after he did find out.

Here are some story's that we made a while ago.

"The next story is about a month were i and RastaSh33p were working on a town but decided to stop working on it. So we could explore the map and kill or raid places we found. This is one of the things we did back then, written by RastaSh33p."

" And here is are some pictures of a mildy disturbing thing i made in a base. "

There are a lot of things I did on this server, and i have met a shit ton of people. And i want to thank everybody for playing on the server. but I want to thank the people who played a longside me  because they are a lot cooler than the average players :)

Also thanks for the staff for keeping this server running, and goodluck doing this in the future <3

And a special thanks to my good friend RastaSh33p !

I might have forgotten some friends, but not hard feeling for those i forgot, i love all of you <3 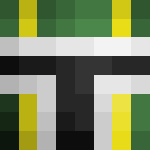 Rip Klaas. I had no idea you had been playing for that long....