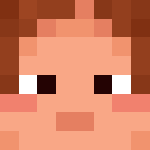 I believe this topic has been discussed before, however, I find it pertinent that it's brought up again to at least reconsider the original verdict.

There used to be a system where maps were released to the public after we switched worlds. Since then it's been discontinued for reasons I don't entirely understand and I along with many other people would much appreciate it if the maps would be released again. I know that in my case I would like to cherish some of the cool builds I've accomplished in the last few months.

It's because of this I would like to ask (along with several other players) for the worlds to be released to the public after they are finished.

Thank you for taking some time to hear my plea. 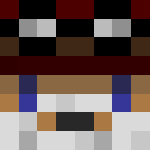 It would be nice to visit previous hcsmp maps. A downside is that the map files are pretty large so people downloading them consumes bandwidth. Thanks for the request.

If bandwidth is a problem, why can't the maps be uploaded to another platform/website such as Planet Minecraft? I don't know if there are restrictions with that, which might prevent us from uploading the maps there, but it could be worth a shot.

It's likely they wouldn't allow that as the map files are like +15 gigs. But we'll keep the suggestion in mind of course.